This story starts with a vibrant four-year-old. Curious and kind, loving life, with a big imagination and talking the ear off anyone who will listen. Rio was often referred to as slightly wild, wacky and a bit quirky.

He skipped into class on the first day, full of excitement and eagerness to learn. Yet Rio was about to face the biggest battle of his little life and it would affect our whole family.

It’s all too common – a struggle to read and write. We were advised to have his eyes were tested as he must have sight problems (he didn’t). He was labelled a distracted child – can’t focus, away with the fairies, slow progress in literacy. Unfortunately, this was the era of National Standards, so Rio was made well aware of where his literacy ‘should be’. There was little focus on Rio’s strengths. He was at a great school that offered interventions such as literacy support groups, Reading Recovery, observations by RTLB, and teacher aide time. Yet there was still the ‘he’s just a boy’ attitude. We heard: “When he’s seven it will all come together… let’s move him into another class for writing time away from peers and distractions… try and do more of this at home… perhaps if he sat still he would focus more?”He had to stay in at lunchtime to finish his writing at the age of five. We heard it all, we tried it all. This ‘help’ everyone offered Rio (myself included) was actually to his detriment – bit by bit, we were breaking him. His light didn’t sparkle as brightly as it once did, he worried about things a little person shouldn’t, he developed anxiety and a fear of school. There were tears, tantrums, pain and anger. “They laugh at me because I can’t read.” “Why am I dumb?” “I don’t understand the question.” Rio had almost lost hope and self-belief, and as a family it was breaking us. But mainly it was breaking our son.

After three years at school, dyslexia was mentioned. A SPELD assessment was organised and our lives changed. The SPELD Assessor was the first lifeline sent to our sinking Rio. She was amazing and the diagnosis of dyslexia was a huge relief for us as a family. It was also a game-changer for Rio. She handed us a comprehensive report from her assessment. It was an insight into how Rio’s intricate brain was working and wow what an insight it was! It explained all Rio’s areas of need and strengths. A week after that assessment, we saw some of the signs of our old Rio (the real Rio) – after just a week! We had a plan and we could breathe again. Rio realised it wasn’t his fault; he wasn’t lazy or not trying his best. His brain was wired differently, and he’d need some special help. Most of all, Rio had some unique, creative, out-of-the-box strengths that we were able to celebrate.

We were exited to know there were SPELD NZ Teachers, as this was exactly what Rio needed. However, in Gisborne there was a shortage and Rio would not receive the help he needed for over a year. It was so hard, but membership with SPELD NZ helped with the frustration during this waiting time. Their support for our family was comforting – being able chat with them over the phone, explore their website and have access to articles and research information. Attending SPELD NZ’s two-day intro course was also really helpful and encouraged me to go on to do their teacher training.

As the waiting continued, I knew I couldn’t sit around. Rio and many other children needed support. With the help of a scholarship, I completed SPELD NZ’s Level 5 course. I feel so lucky to have had this opportunity. Even though I am a primary school teacher with 15 years’ experience, I had limited knowledge of dyslexia.

So, Rio’s story has a happy ending. He got the help he needed, his self-belief developed, and he continues to thrive. He’s learning strategies that work best for him at school and is in the process of building up his juice business (at the age of 10).

These neuro-diverse thinkers need to be supported and encouraged. They are the problem-solvers, the inventors, the innovative, the highly creative, the big-picture thinkers. They may struggle in some areas, but we need to also see their strengths. We’ve been letting these children down for too long and we can do better. It’s time for a change.

Finally, I want to thank one special person – Rio – one very broken little boy whose strength inspired me in more ways than he’ll ever know. Keep being your quirky self and never let anyone dull your light. 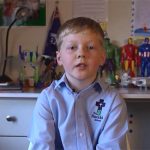 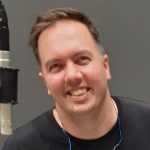