Ingrid Norgrove used to dread that her son would end up in prison. Now she couldn’t be more proud. He’s completing an honours degree in psychology with the aim of helping other children who flounder like he once did.

“Tadhg got into SPELD and suddenly realised he could be taught the techniques to read and write and he actually started believing in himself,” says Ingrid. “It was a turning point in his life. The change in him has been unbelievable! I’d been heartbroken over this child. Tearing my hair out. He was so desperate for acceptance and so easily led because of his ADHD. If there was trouble, he would be in it.”

Tadhg recalls his world falling apart when he was around 6-years-old.

“Kindergarten is more about creativity and imagination whereas school is about structure and logic. Teachers always thought I was a lovely kid but didn’t know how to deal with me. I struggled immensely with words. I tried so hard and put in huge effort but there was still a very big gap and I became ostracised from other kids.”

Extra curricular group tutoring proved “a waste of time” but getting a SPELD NZ assessment of Tadhg was a light bulb moment for Ingrid.

“I remember thinking, ah ha! Somebody can see what I see. I went Hallelujah! I was very frustrated because before that it seemed nobody could help. Tadhg did weekly lessons with Mary (his SPELD teacher) for three years. Consistently giving one-on-one individualised help made all the difference – not just with reading but also problem solving. She gave him strategies to deal with his frustration. She also gave me tools to use at home to reinforce what he had learned. I don’t think Tadhg would have even begun to cope with high school without SPELD. I think I would have had to home-school him but I had not the patience, time or ability to do that.”

Tadhg says he found it very hard to admit when he didn’t know something.

“I used to get very mad and upset when I couldn’t understand concepts. Mary helped me find coping strategies to go into the problems with a calm, open mind. After studying psychology and learning about the brain, I know those strategies are very beneficial for my life because I can apply them to real life situations. She was super patient. If I didn’t get something the first time, she would come at it in a different way. That never happened at school. Most teachers found it very hard I was so far behind. The system we have at the moment is not designed to support people with learning disabilities.”

Tadhg didn’t get any special exam accommodations through high school but managed to pass NCEA with enough credits to start a degree at Waikato University.

“The first year at uni I didn’t do too great. In the second year I got extra time for exams, my own room and I was able to eat and drink. All the distractions went away. My grades started to improve. I got my first A which was huge. I started doing cognitive psychology and found I had a huge interest in it. I’d go into a lecture and would be 100% engaged.”

By his third year, Tadhg achieved mostly straights As. He’s so excited by psychology, he aims to eventually do a PhD.

“I would love to be a lecturer. That would be my dream job – to be able to impart wisdom and do research to better help kids with the learning system.”

Tadhg also credits his turnaround to the “phenomenal” support he’s had from others: a psychologist, his best friend, his girlfriend and his family. However he believes help through SPELD NZ was the springboard to his success.

“Mary put me on the track I’m on now. The real thing that drove me forward was her positive reinforcement. I have learned now through studying psychology that it’s the most important thing when you are trying to teach someone. I think hope is vital. I didn’t have hope. She was amazing. I’m forever grateful to her.” 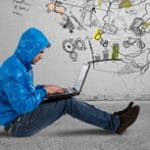 The Paradox of Twice Exceptional 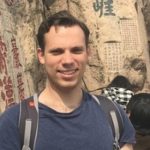