The Paradox of Twice Exceptional

An Auckland mother, and SPELD NZ Teacher, shares the story of her twice-exceptional son.

My son is a clever, unconventional thinker with a ridiculous sense of humour. He’s highly verbal, has a three-dimensional mind, and ‘knows’ how things work and go together. As a child, he was hyperactive and completely fearless, but he loved making things and would become calm and absorbed when doing so. He’s also an accomplished musician, and he quickly and intuitively learnt to navigate his way around computers and use them as a creative tool.

But his inability to read came as a shock to our family of avid readers. At his Montessori preschool, the child-centred ‘learning with the hands’ and phonic teaching of letters and their sounds suited his learning. Even then, he had difficulties with auditory processing and differentiating certain sounds.

His world really fell apart when he started primary school, where learning was teacher centred, and directed, whole-word learning, rather than phonics, was taught. The emphasis was on all children doing the same thing. For his early years, my son’s goal, painstakingly ground each term into the exercise book, was ‘to sit still on the mat’. He was identified as special needs long before his giftedness was identified, due to behavioural issues made worse as he tried his hardest to fit in.

Initially, he’d trick his teachers by memorising the early readers, but ultimately this strategy was doomed. My concerns about his reading were dismissed; I was told: “boys develop differently” and the deputy principal even said: “there’s no such thing as dyslexia”.

To compensate for his lack of reading and difficulties writing, he became the class clown. He developed various avoidance strategies and would argue and question everything. He had regular meltdowns after school, and I wondered whether to withdraw him.

Our battle to get support for his learning needs began in his first year at primary school. Our lives became an increasing list of labels and acronyms – various divisions in Min Ed, RTLBs, ADHB Child Health and Disability, the Kari Centre, paediatricians, psychologists and physiotherapists all made their contributions.

A “lack of resources” made it difficult to get him teacher aide support in the classroom. Some parents resorted to paying for the teacher aide themselves, but we weren’t in a position to do this.

An Individual Education Programme (IEP) developed with the school was a useful starting point. A friend with 2e children recommended seeing an educational psychologist for a formal assessment of my son’s learning strengths and difficulties. This took place at the start of Year 4 when he was eight. His WISC scores resembled a mountain range – from 99 for perceptual reasoning to 5 for coding (timed pencil and paper activity).

This report completely transformed our approach to supporting his learning – we knew his strengths and difficulties and could use this for his IEPs. The recommendations shone a light on what path to take. We joined the NZ Association for Gifted Children, and he attended One Day School, where we found kindred spirits and child-centred learning.

It was essential, and a real joy, to acknowledge his significant strengths, when so much focus had been on his learning difficulties. We also discovered SPELD and found a wonderful SPELD tutor, Eleanor Boyce who, in my son’s words, “changed my life”. I was inspired to train as a SPELD tutor, and decided to support but not teach my son – a wise choice. We used a vision-tracking programme from behavioural optometrist Evan Brown, and the Dore programme exercises.

“It was essential, and a real joy, to acknowledge his significant strengths, when so much focus had been on his learning difficulties.”

We continued with SPELD tuition for four years until secondary school. Even with this excellent support, his handwriting speed tested in Year 8 as “impaired at a 5 percentile rank”, with his written expression speed 40% lower than his year peers. His processing speed remained in the low-average range. But, he’d learnt to read, although slowly, and his spelling improved. Most importantly, he’d regained his self belief.

Despite having regular IEPs, and educational psychologist reports, he was refused a reader/writer for the secondary school entrance exam. He wasn’t included in the school’s gifted programme because “it didn’t show in the entry tests”. The focus shifted back to his learning difficulties, and the battles we’d experienced were nothing compared to secondary school. There was one teacher aide for all the students. When we arranged an IEP at the start of Year 9, and paid for our son’s ed psych to attend, only one teacher turned up.

There was denial that a student could be gifted with a learning difficulty. Another parent of a 2e child told me “the one cancels out the other, and the school perceives them as average.” There is a genuine lack of public comprehension regarding 2e children.

My son did well at secondary school, achieving ‘Merit endorsed’ for NCEA. He didn’t achieve to his potential, as he should have if the school had supported his learning needs.

At university he found it a significant life change. He did summer school to increase his GPA so he could continue with his BCom/BSc conjoint, and went on to achieve A’s, B+ and an A+ for his second-year results. University has been excellent in accommodating learning needs. He can use a computer and a separate room for exams. His reading and writing have continued to improve. There’s been no battle; he’s taken charge of his own destiny, is enjoying his life, and finally achieving to his potential. 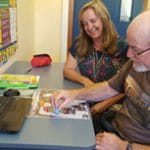 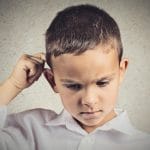