Proud to be Different

Be brave, don’t stay silent if you’re finding things difficult, and embrace your creativity! That’s the message from international indie-pop sensation Benee to other dyslexic young people. In this exclusive interview, Benee reflects on her struggles at school, the support she got through her SPELD NZ-trained teacher and how she’s now proud of her dyslexia and the difference it brings.

Twenty-year-old Auckland singer/song-writer Stella Bennett is better known to New Zealanders and the world as Benee. Her songs ‘Soaked’, ‘Glitter’ and ‘Supalonely’ have been streamed hundreds of millions of times and have blown up on the video-sharing platform Tik Tok.

In 2019, she hit the jackpot, winning Single of the Year, Best Solo Artist, Breakthrough Artist of the Year and Best Pop Artist at the New Zealand Music Awards. And this year, she performed on two of America’s biggest national shows, The Tonight Show with Jimmy Fallon and The Ellen DeGeneres Show.

Many of Benee’s fans may not realise that she is dyslexic. It’s something she believes has helped her creatively and she sees it as an advantage.

“I feel like in some ways it’s actually helped me a lot in the creative side of things. I still sometimes struggle with writing and it’s still there, but I’ve decided to fully embrace it and say, ‘Yeah, I’m dyslexic’. Being a visual learner, I feel like it helps when I’m writing songs because I don’t have to be grammatically correct. I have this freedom, and it makes me write in a different kind of way.

“I found out I was dyslexic in primary school – it was maybe in Year 5. I came home one day from school and said, ‘Mum, I’m the worst in my class at spelling, reading and maths. What’s wrong with me?’ I think my teacher suggested that I could be dyslexic. Mum got me tested and it came back that I was.”

Soon after being identified as dyslexic, she began weekly tutoring with SPELD NZ-trained teacher, Jenni Wiles, at READ Auckland.

“Mum got me into that pretty much straight away. I think I started doing that in my last year in primary and carried on into intermediate and Year 9. I’d go once a week and spend an hour doing all the exercises, numbers and spelling and reading. I think that helped a significant amount.”

“I definitely struggled, and I wondered why my friends were good at this when for me it always felt difficult. Initially, I thought I was a bit dumb. I felt like I was trying very hard and my marks weren’t what I hoped sometimes. I really liked maths, but I wasn’t the greatest at it, which kind of frustrated me. I wanted to be an astronaut, but I found science quite hard.”

But Benee says her diagnosis was a relief because it helped explain why she found certain things harder than her classmates did.

“I got told that I was perfectly capable of getting excellences at school, but that it would seem like more of an effort and I’d have to put in more work. Once I discovered I was dyslexic, it helped me understand what my brain was doing. I also ended up finding out that quite a few of my friends were dyslexic too. I figured out that it was more common in the kind of people that I was hanging out with than I thought it was. So that was nice and comforting.”

In her final years at school, Benee enjoyed choosing subjects that interested her. She particularly liked art history, media and geography, and also did English to Year 13.

“I loved English but I did kind of struggle with the essay structure and my teachers always had specific ways you had to write the essays.”

Both creative themselves, Benee’s parents helped her feel good about her different way of thinking and seeing the world.

“Mum and Dad celebrate it as a good difference, and I was always told that some of the biggest creatives in the world are dyslexic.”

She wants to pass on that same positive outlook to other dyslexic students. Her advice is to be brave and not stay silent if you’re finding things difficult.

“I’m so happy I got help. At school I talked to my teachers if I was struggling. They’re happy to give you extra help if you ask for it. I was kind of quiet about it at first and then I thought, OK, I can be like that or I can say, ‘Look I have trouble with these things and I want some more time or I want some more help.’

“I talk about being dyslexic daily now. I kind of joke about it. Often, I’ll say a sentence completely backwards or I’ll read a page four times and I’ll joke about it with my manager. I definitely do talk about it a lot and I think that some of my closest friends now are dyslexic so we have a laugh and we can kind of relate, which is nice.”

While grammar and spelling might not be Benee’s forte, song-writing has become the perfect rules-free outlet for her thoughts and emotions. She can structure sentences as she likes and be inventive with her lyrics. Dyslexia has given her a special creative edge and her music career is going from strength to strength. There’s an upcoming New Zealand tour and Benee’s currently working on a new album.

“I’m so excited about the tour,” she says. “I didn’t realise that I’d be able to play shows again so soon so I’m pretty stoked. I’ve been writing a lot for my next album and I would love to perform at some New Zealand festivals this coming summer. I think that being able to play shows here will hopefully make people more excited around the world for when we can travel overseas and perform.” 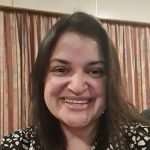 Back to the Classroom 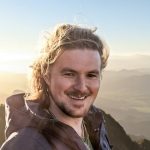